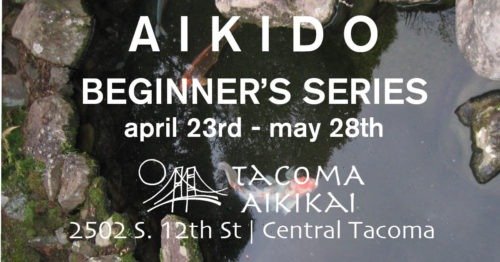 A 6-week introduction to Aikido

Want to give aikido a try? The 6-week Beginner’s Series is a great introduction and exploration of aikido and martial arts training, including principles of position and movement, ukemi (falling and rolling), nage (throwing), aikido philosophy, and dojo culture and etiquette. The introductory six-week program also provides a good grounding for those who want to pursue further study (note: the program is not required for regular enrollment at Tacoma Aikikai).
*No experience or equipment necessary. Wear loose clothes that cover the knees and elbows, and bring an open mind.

What is Aikido?
Aikido is a modern martial art developed in Japan. Known as “the way of harmony”, aikido neutralizes an opponent’s attacks through joint locks and throws. Through sincere training, students of all ages and abilities find confidence in conflict resolution, improved fitness and flexibility, and an overall sense of well-being.

Who is Tacoma Aikikai?
Tacoma Aikikai offers community-centered aikido instruction, rooted in the lineage and discipline of Japanese martial traditions. Woman-owned and operated, Chief Instructor Ea Murphy has studied aikido since 2000 in both the US and Japan. 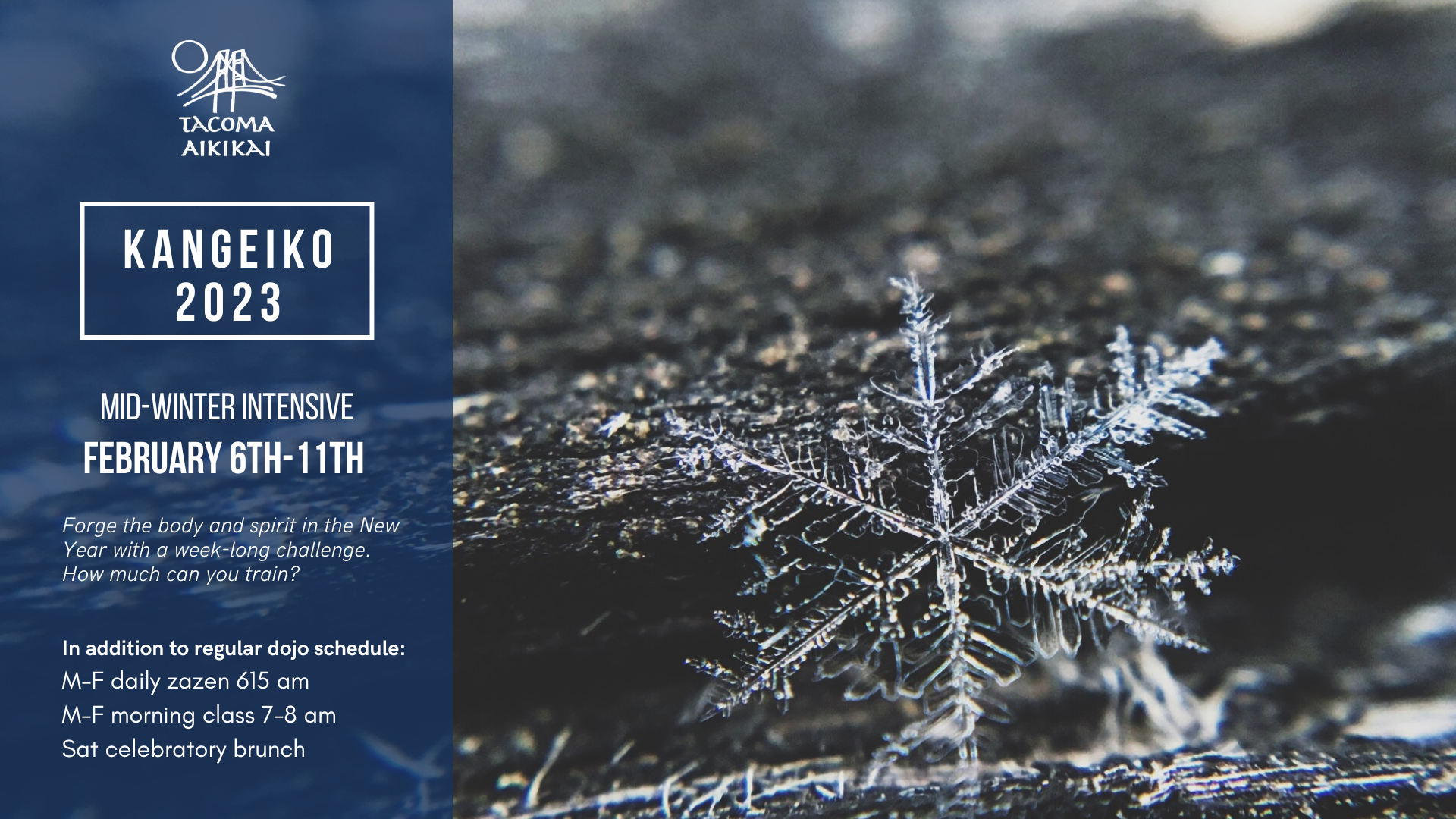 Forge body and spirit in the New Year with Kangeiko Mid-Winter Aikido Intensive. Challenge yourself to up intensify your practice with additional weekday morning zazen and aikido classes. 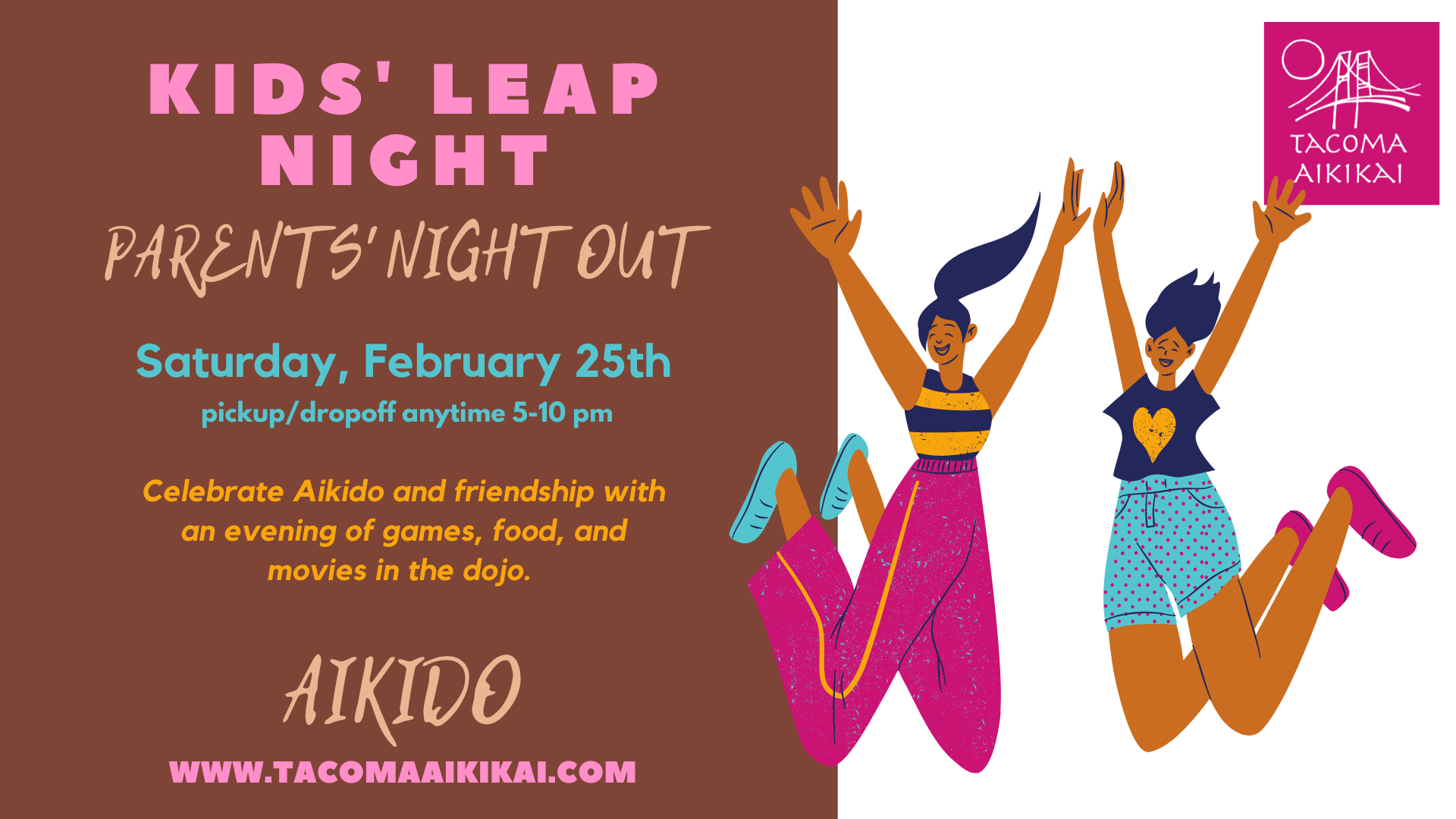 Celebrate Aikido and friendship with an evening of games, food, and movies in the dojo. Parents can drop off and pick up kids anytime between 5pm and 10pm. Friends and siblings are welcome to join in the fun.

Our doors are open for a day of fun and festivities. Come check out your neighborhood Aikido dojo for games, food, mini-workshops, and prizes. Enter to win the grand prize of a free membership. 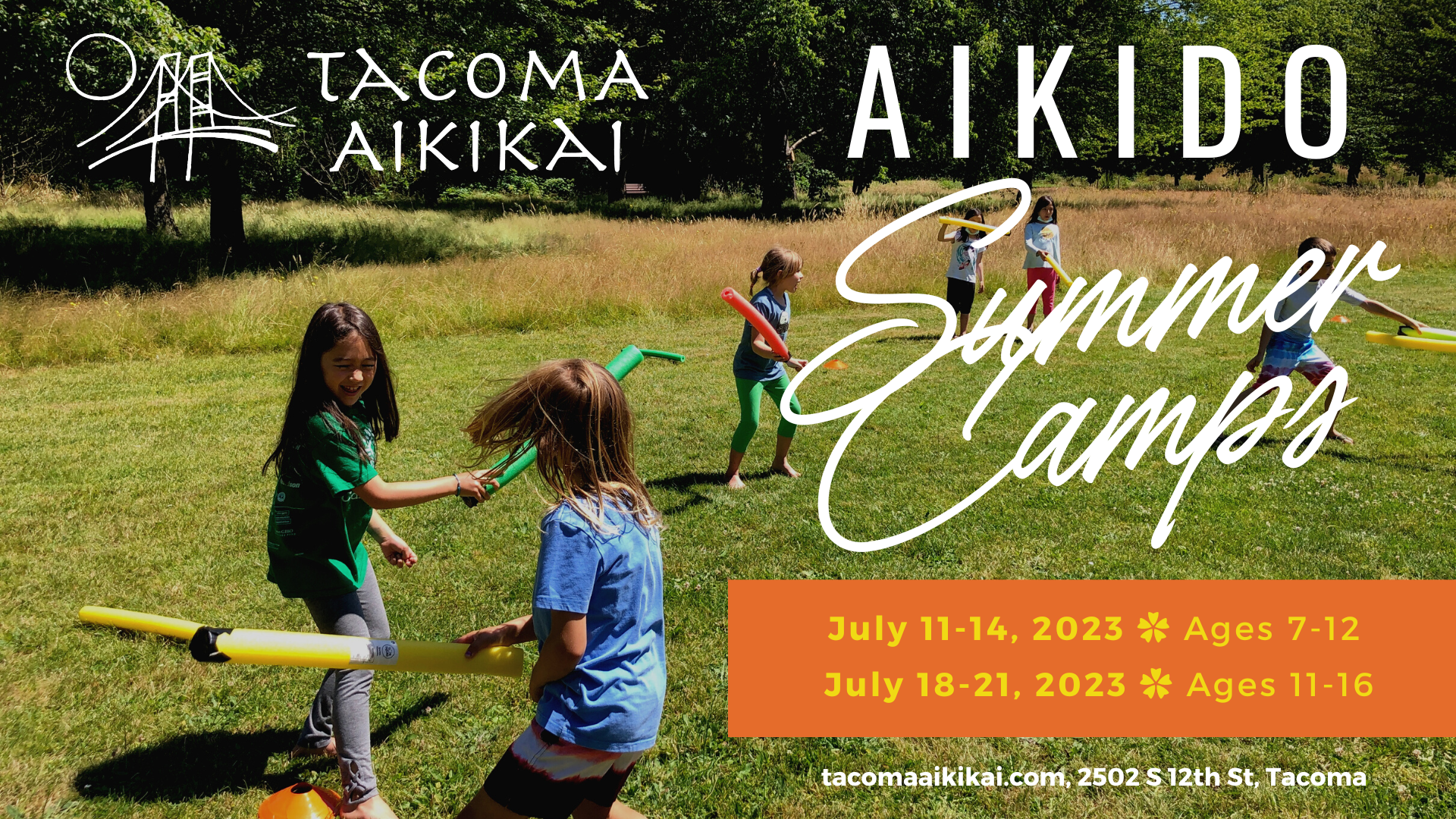 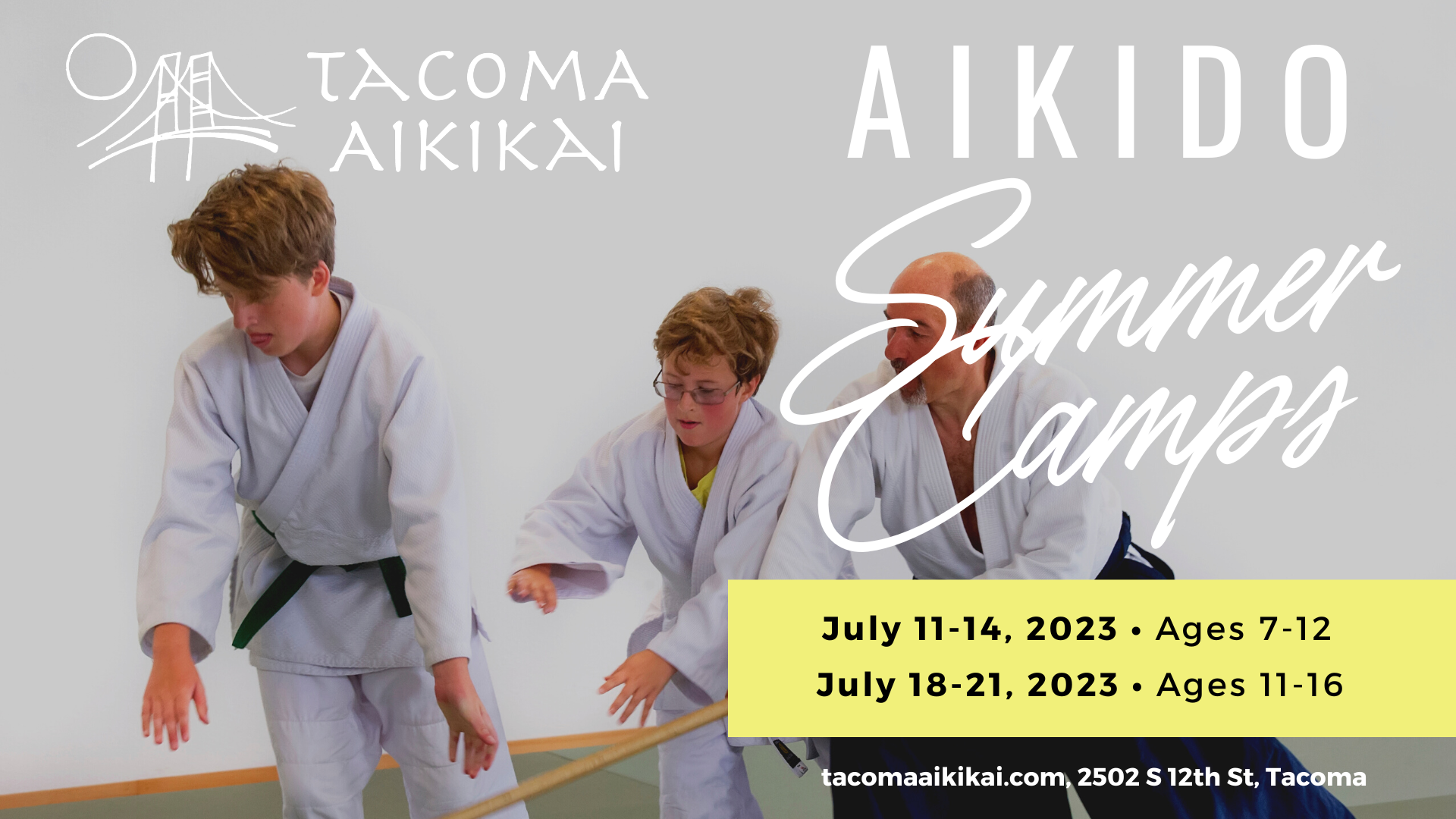 A 4-day Aikido Summer Camp intensive for youth and teens age 11 and up. Learn or expand Aikido and leadership skills through challenges, culture, and partner practice. All levels welcome.