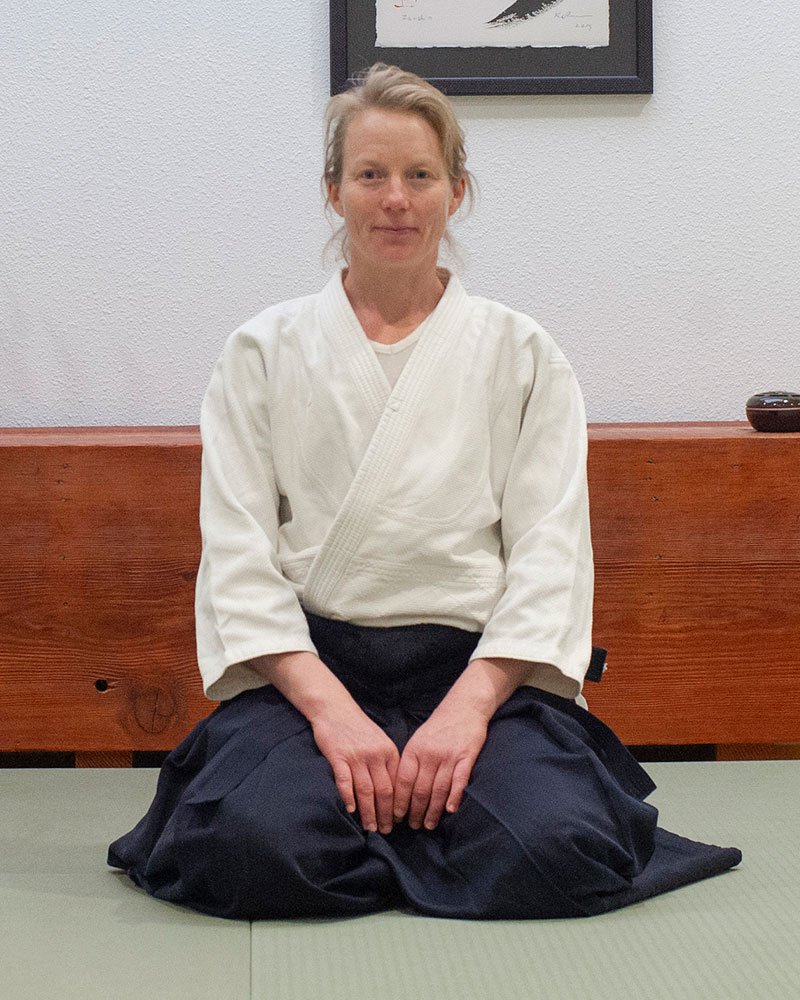 Ea Murphy has studied Aikido since 2000 in both the US and Japan. She holds the rank of Godan (5th degree black belt) and Shidoin (certified teacher), as accredited by Birankai North America and Aikikai Hombu Dojo. Ea founded Tacoma Aikikai in 2016 to share her love of Aikido with Tacoma and the surrounding South Puget Sound region. 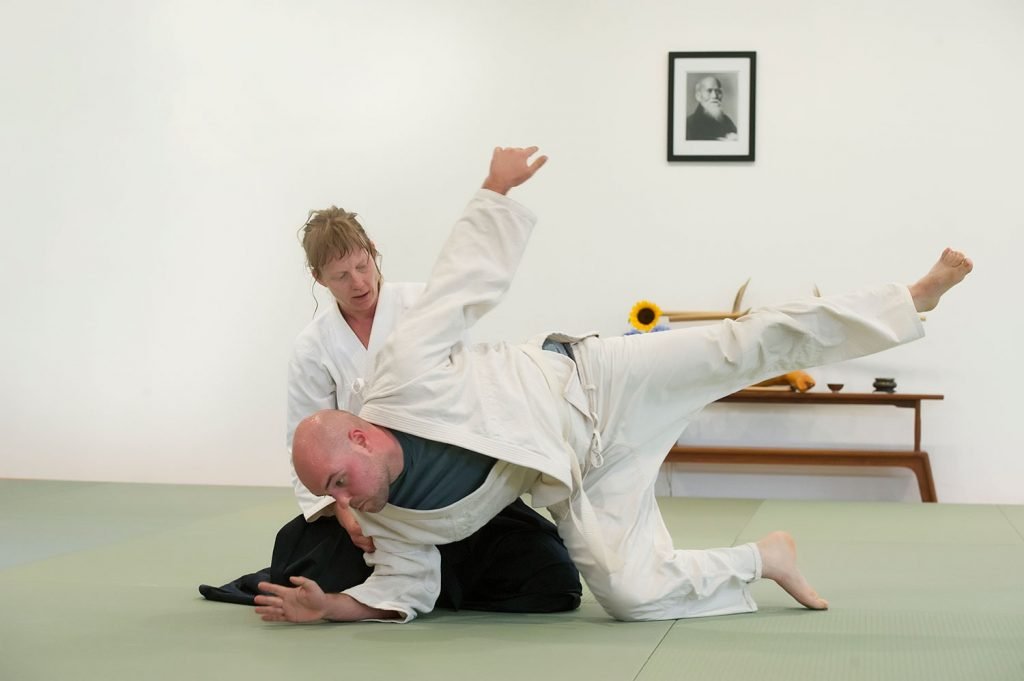 Ea started training martial arts in 1996 as a young social justice activist in Oakland, California. At the community-centered Suigetsukan Dojo, she studied Yoshinkan Aikido, Danzan Ryu Jujutsu, and Shinkendo under Michael Esmailzadeh Sensei. At this time, she was also active teaching and learning with the Girl Army Self Defense Collective.

In 2000, Ea moved to Oregon and began her study of Aikido with Birankai North America. Attending the Birankai Summer Camp in 2001, she was deeply moved by the high level of Chiba Sensei’s teaching and the practice of his dedicated students. Ea spent 2002-2013 as a kenshusei (teaching apprentice) with Darrell Bluhm Shihan at Siskiyou Aikikai. In 2013, she had the great fortune to spend two years as kenshusei at Aikido Kyoto under Yoko Okamoto Shihan and Chris Mulligan Shihan. She is forever grateful to her teachers for the opportunities to transform and deepen her Aikido practice.

When not on the mat, Ea is a soil lover and gardener, who spends most of her free time digging in the dirt or hiking in the mountains. 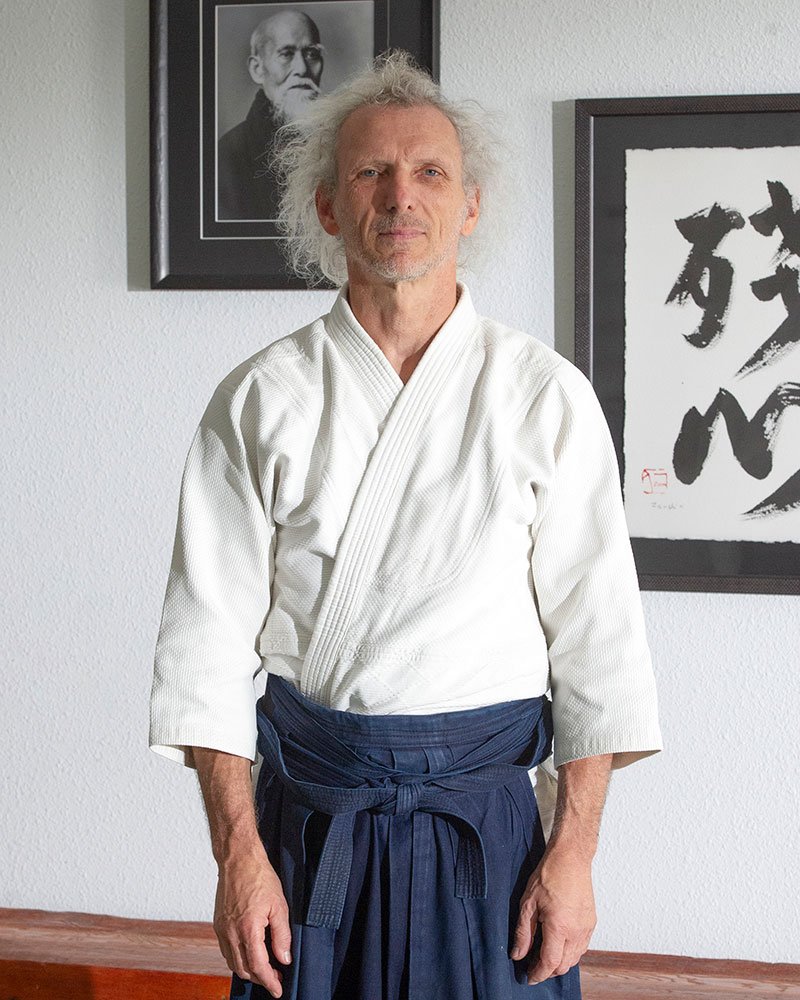 Eric Gillet has studied Aikido since 1983 in Europe, Japan, and the US. He holds the rank of Godan (5th degree black belt) and Shidoin (certified teacher), as accredited by Birankai North America and Aikikai Hombu Dojo. In 2017, Eric joined forces with Ea in building and running Tacoma Aikikai to help spread the art of Aikido to the next generation. 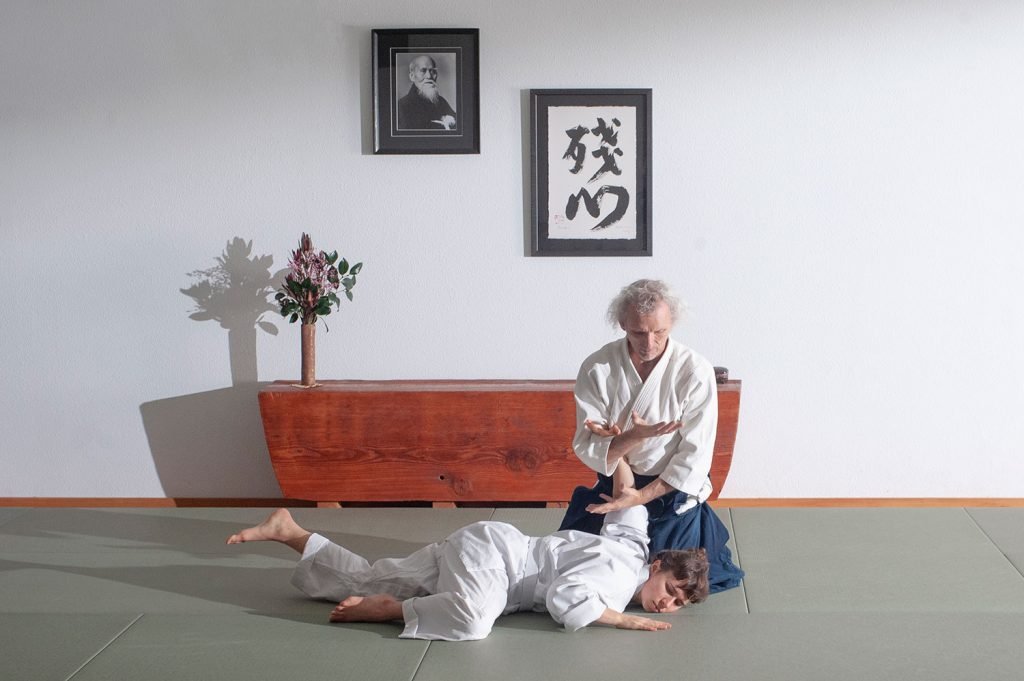 Eric began his aikido training as a college student in Belgium, attracted initially by his fascination with swordwork. He was fortunate to meet and train with many formidable teachers during his travels in the 1980s and early 1990s.

In 1993, he moved to the United States to study under I. Shibata Sensei of Berkeley Aikikai, where he stayed for more than 10 years. He is forever grateful for the teaching he received from Shibata Sensei during this time, as well as his experience with Chiba Sensei and the USAF Western Region.

Eric continues to travel the world to study and practice Aikido with inspiring teachers and communities. Eric also shares his love of Aikido with his daughter Sophie, who has been his training partner for the last decade.

In addition to Aikido, Eric has spent time training in circus arts, developing the strength and flexibility that complements Aikido training.

When not on the mat, Eric loves attending and photographing circus performance, as well as growing, cooking, and sharing great food.